I’m now in my 4th year of blogging and my blog will turn 5 later this year.  I’ve seen blogging friends, who started around the same time, write books, become World famous and even make a living out of blogging.  Something I’d never have believed, if I didn’t see it all unfold in front of my very eyes!

That’s not say that it’s still not possible to achieve these things, or indeed that the blogging bubble has even burst… However, like most things, the landscape of blogging has changed dramatically in the UK since I started. Obviously I started out in what was the parenting niche, writing about my experiences as a new mum, with a child who had reflux and our life as a family.  It seemed very close-knit.  Everyone knew of everyone, within their respective niche.  Over time I have developed my blog as I have grown as a person, progressively documenting more on the things I enjoy, such as interiors and lifestyle elements.

Back then, there wasn’t as much money being spent by brands in what advertisers call ‘people to people’ marketing (P2P), so besides the enjoyment factor and the odd review post, there wasn’t as much financial incentive.  The whole influencers movement, the constant advances in technology and upcoming generations skill set has meant that this little blogging thing is not only more attainable to more and more people, but a bona-fide career path… Or is it? (We’ll come back to that). Bolt on other platforms, such as YouTube, Instagram, Twitter, Facebook and Snapchat and you can be influential on any scale… Be that one platform or them all.  How amazing is that?!

So like anything, when supply starts to catch up with demand, there is a little less to go around.  Be that financial, statistical, comments or the sense of community.  You recognise less faces at events, it’s harder to keep up with all your favourites and content is now in more places than ever before.

Now, let’s get back to that career path… Recently, some of these platforms have implemented changes to how they display posts (AKA the big bad algorithms).  Facebook hit the headlines saying that they were making changes to how timelines would display posts, saying “As we roll this out, you’ll see less public content like posts from businesses, brands and media. And the public content you see more will be held to the same standard – it should encourage meaningful interactions between people.”.  Instagram then followed up weeks later with a change that would see posts only shown initially to 10% of your audience, after which they would take a call based on engagement whether they would roll that image out to the remaining 90%.  A similar “test the water” trait that YouTube already uses… Making it that bit harder for those starting out. News hit this week that YouTube was disabling AD revenue for channels until they hit 1,000 subscribers and 4,000 watch time combination.  All in all could this be a trifecta that will see the community rebalance in size? With it becoming trickier to be heard on the social platforms, will more emphasis be put back onto blogging?

In the ever-changing landscape of blogging, who knows what’s going to happen next?! 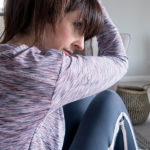 Coping With SPD & The Value Of Movement With Matalan 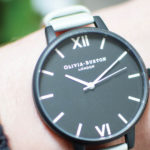 Time To Check Those Household Bills

Things No One Tells You About Running Your Own Business 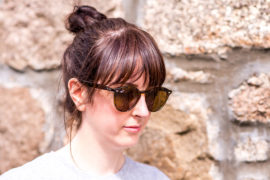 How to Find Time For The Things You Love