With the background in cars that we have as a family (both fathers have repair garages…both brothers are mechanics…we both worked in the motor industry for almost 10 years) it’s safe to say, we are avid petrol heads.  It’s always been about engine size, horse power and 0-60mph….and sleek lines to boot!

Since the electric revolution began, we paid it little attention.  Thinking that it wasn’t for us and that in time is would just go away (a bit like LPG..who remembers that?!) Except it hasn’t gone anywhere…When you can find electric car charging points in the back end of Aberdeenshire, you know something is becoming more than a passing fad!

John Clark BMW, an Aberdeen family owned company since 1977, reached out and ‘dared us to think differently’.  To see if after a weekend in their BMW i3, we could really change our way of thinking about motoring.

Dubbed the electric car game changer, the BMW i3 might look like ‘just a little City car’…but after decanting 2 car seats and a travel system buggy into the car, I think we were all quite amazed about this little Tardis.  The floor space in the boot was genuinely surprising.  The car inside felt roomy, even with the kids seats fitted (granted kids don’t need much in the way of leg room).  It is a 4 seater, which isn’t a problem for us.  Our 5 seat 4×4 doesn’t seat 5 when the car seats are installed anyway.

The model we were experiencing was the BMW i3 Pure, which is the model without the range extender fuel tank (being thrown fully in the deep end there!).  Fully charged, the range is approximately 100 miles, which is generous compared to other electric cars on the market.  Like a traditional car, the range very much depends on your driving style.

First impression upon driving the BMW i3 was rather surprising.  It took a bit of getting used to the motion of the car regenerating itself, as it’s pretty much a one pedal drive…but after 10 minutes or so, it became second nature.  One thing I really wasn’t expecting was how quick the BMW i3 would be.  I always thought electric would be slow, but oh no!  I’ve been told that 0-40mph it’s as fast as a BMW M3 and I’d quite agree (you can see for yourself here the M3 against the i3).  It really held it’s own on the dual carriage way back to the countryside, so absolutely no complaints about the speed or performance at all.

The i3 has the same smouldering front grill as the rest of the BMW range, with lines in all the right places to boot.  Style hasn’t been compromised at all.  The trademark electric blue detailing can be found throughout…even on the door sills.  It’s even won awards for it’s design.

Charging The BMW i3

Charging is super simple.  The in car navigation pin points the nearest charging points in your area and for only £7.85 monthly subscription you can apply for a charge card, which charges the car at over 4,000 charge points in the UK.  If you are charging on the go, there is a BMW app, which allows you to keep an eye on your charge, giving you complete control.

Outwith this, you simply plug the car into a normal household socket with the lead that comes with the car and charge it up.  A full charge will take around 9 hours and cost around £2-£3 (you can get the time down to under 4 hours by installing a BMW i wallbox). We simply plugged it in before going to bed, as we do our mobile phones…It’s that easy to integrate into your life.

Day In The Life With The BMW i3

It has really challenged our way of viewing cars.  After one weekend, we are questioning everything we ever thought about motoring in general.  In exchange for one simple tweak to your evening routine (if you can call it that) you are free from fuel charges, as well as road tax.   As a 2 car family, I really think switching 1 to electric would be a wise choice when the time comes.

When I was working in the City (70 mile round trip) I was spending £300 per month on diesel…I struggle to think of anything else we could streamline as a family that would save us that amount of money.

The only thing you will want to be aware of is the fact that the car itself is completely silent…So the country lane joggers, wildlife and even the cat won’t always hear you approaching.  Be prepared to beep the horn (in the least offensive way you can possibly manage!)

Dare I say, we are on the cusp of an electric generation?

John Clark BMW is part of John Clark Motor Group. A family owned and operated company founded in 1977 by John Clark, who recently received an OBE on the Queens 90th birthday honours list. 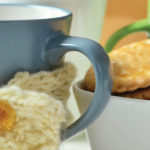 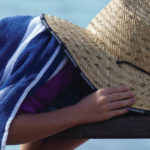 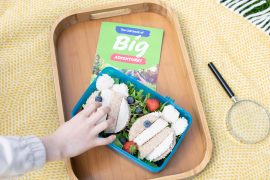 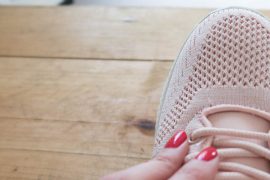